Reflecting On 3 Years At Viget

Today is my last day at Viget (before you ask… this is how you pronounce it). The past 3 years have been a wild ride to say the least. Before I get started, I want to briefly talk about how I found Viget by a wonderful happenstance. Sometimes, I think invisible forces are at play in our lives, and we attract things that align with our values and ideals. This felt like one of those. 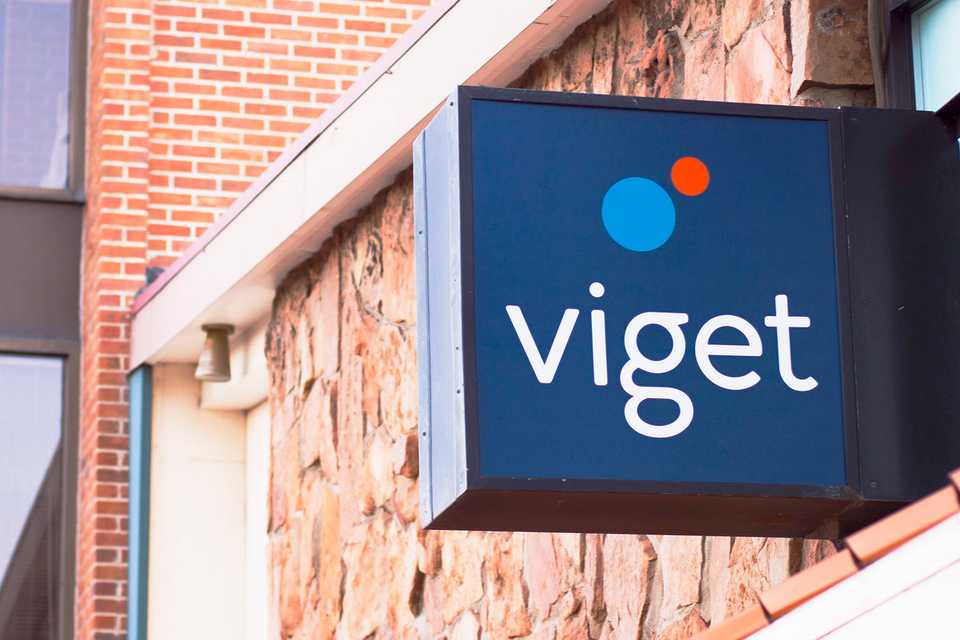 Allow me to tell you a short story of how I found them: in the source code of the Shure Microphone Design Studio app. Being a music gear nerd that I am, I was looking through their website and stumbled upon their 3D design studio—an incredibly well crafted mic customization tool—online and pressed Command + Opt + U on a whim to examine the underlying source code (because that’s what programmers do, right?), only to see a small HTML meta tag that piqued my interest:

Oh, interesting name.. I wonder who they are? A couple Google searches later, I found out they’re a software (plus hardware at the time) design & engineering agency with offices in a few locations. They also happened to have an office in Boulder, CO. Whoah, how convenient! They were pretty active in the community in Boulder, so I attended one of their in-person workshops dubbed Intro to Connected Hardware. Suffice to say, it was a ton of fun and I had a great time in that basement kitchen eating pizza and playing with WiFi chips. I remember thinking to myself: What a cozy space full of nice, smart people. That’s me with my coworker-to-be, Eli.

That night, I went home and immediately scoured Viget’s website. I read many of their blog posts, which they seemed to voraciously write on a weekly basis. It was a mix of technical, design and culture based articles. I read through the head recruiter Emily’s blog posts about how to make your application stand out, and took all of that advice to heart before starting to assemble my own application. One thing led to another, and after a thorough interview process, I was able to secure an offer. It was honestly a pretty refreshing experience considering the broken interview practices that is pervasive in the tech industry.

Out of all the jobs I had interviewed for in the midst of graduating, I only had two offers: Viget and Comcast VIPER. Comcast offered greater compensation, but I knew I wasn’t going to be happy there. I was only just starting my career, so I wasn’t really indexing on money—I was trying to find the best place to grow. You should weigh a career decision by its return on investment—especially when you’re young and can afford to. I asked myself things like “what types of projects would I be working on here?” and “how much autonomy would I have with projects?“.

Working at Viget ended up giving me a huge return later on. I got to collaborate with a solid group of talented designers, engineers, researchers and project managers. It was fun, challenging, and at times stressful as well. But I got to exercise both my creative and technical chops—while exploring a myriad of domains I was heavily interested in. I was just a fresh grad joining the industry. Hiring is always an inherent risk, but hiring a fresh grad out of school, even more so. I will be eternally grateful to Viget for placing their bets on me. I met some of my biggest mentors and friends there.

Viget equals variety—my 3 years are a prime example of that. I’m going to take a moment to share what I worked on because it will be valuable to look back on later in life. Note that I didn’t design any of these UIs, I was only involved in bring them to life. It’s all thanks to the brilliant designers I got to collaborate with.

Lights Out: One of my first projects at Viget was a WebVR app for Google Cardboard that lets you play the 90s classic game Lights Out in VR with some fun twist on the visual design. 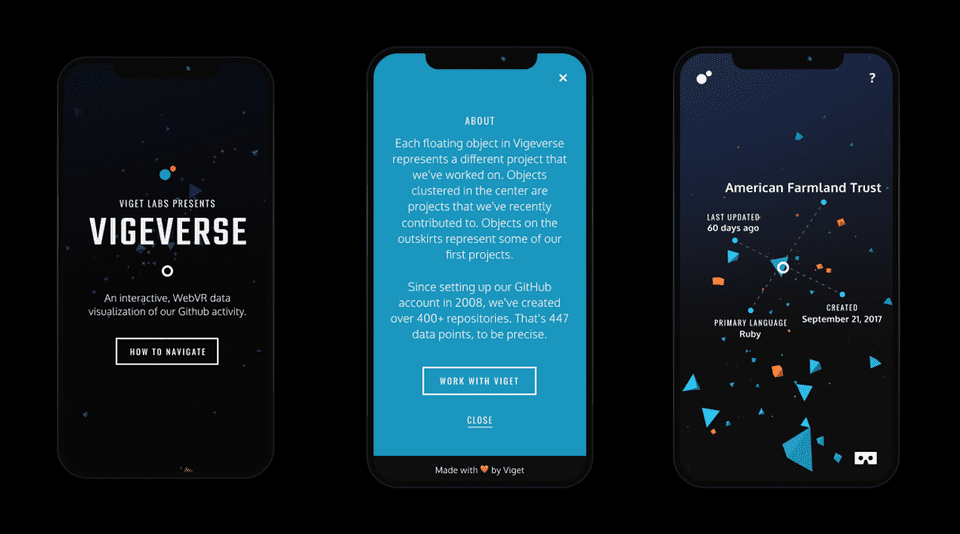 Vigeverse: WebVR app for Google Cardboard that visualizes Viget’s entire GitHub organization in a 3d space. Objects were sized according to the lines of code for each project, and it showed contributors as gravitating orbiters. It was fun implementing high school physics for an actual use case. 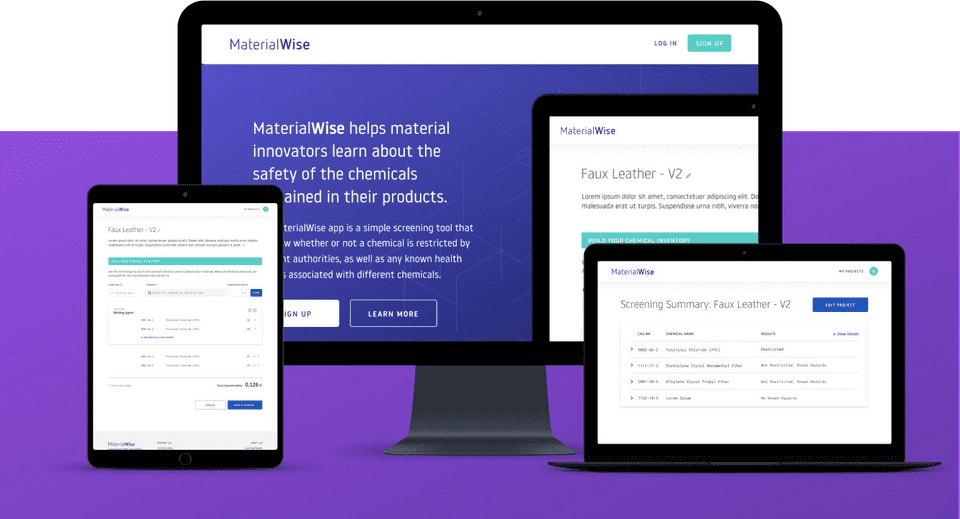 MaterialWise: A chemical screening app for a non-profit org. It was used by product manufacturers to reference material ingredients against a standardized chemical hazard database. Technologies used: Elixir/Phoenix, JavaScript, React. 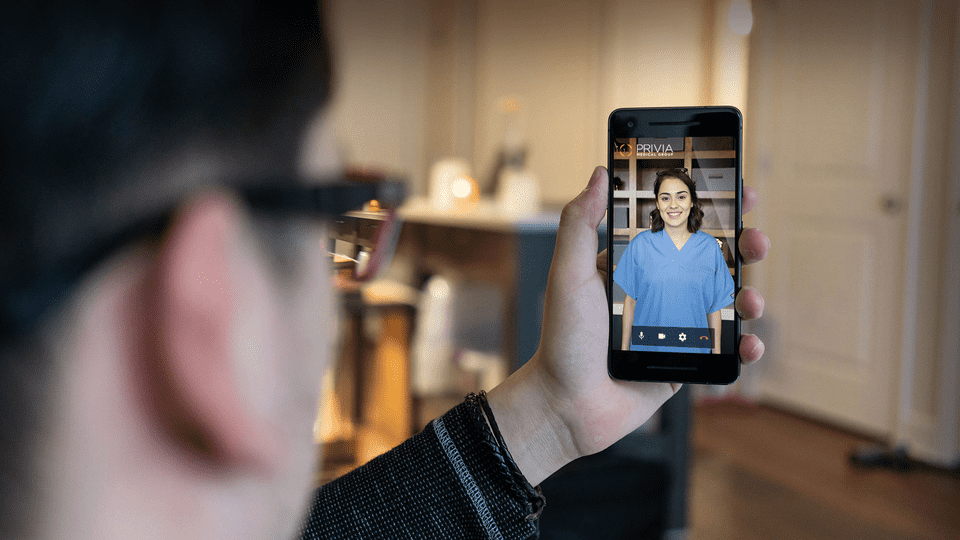 myPrivia: A telehealth mobile application (a FaceTime of sorts) for doctors to conduct appointments with their patients remotely. Technologies used: Kotlin & Swift for Android and iOS respectively + Vidyo (a WebRTC video SDK). 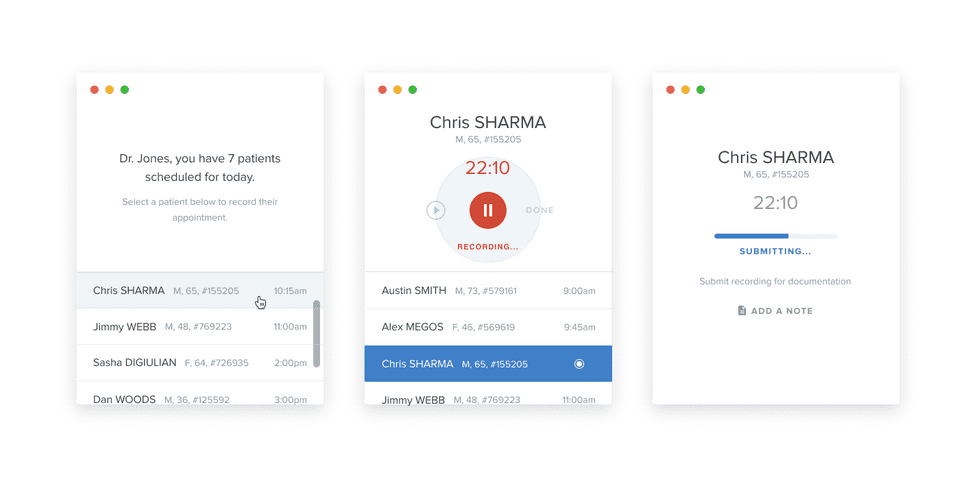 Recorder: A desktop application for doctors to have their in-person appointments recorded and uploaded for transcription. Technologies used: Node.js, Electron, JavaScript + React, and SQLite. 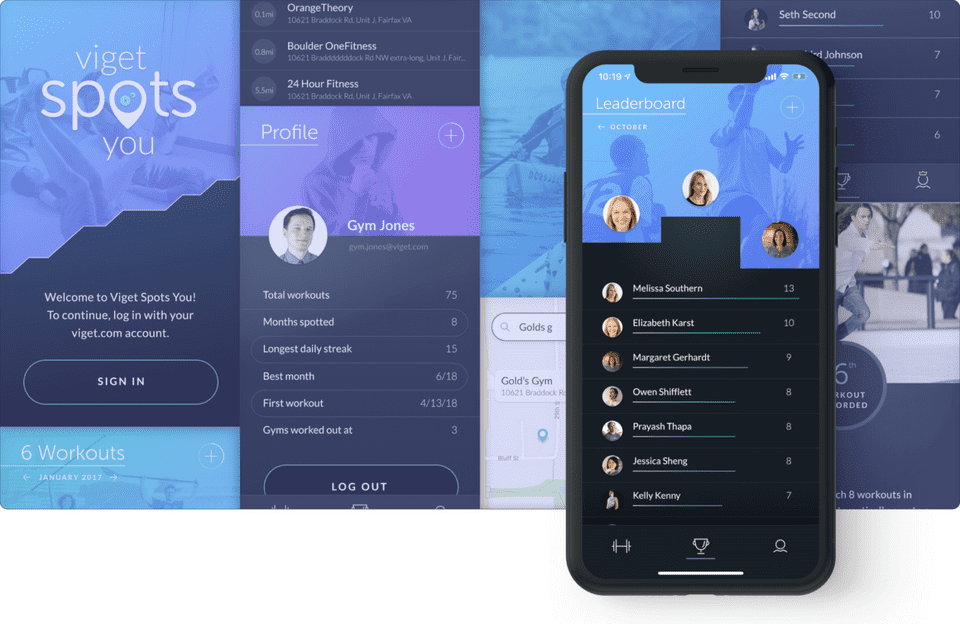 Spots You: An internal app exclusive to Viget employees for gym check-ins and reimbursements. Had other fun features like charts and leaderboards. One of my favorite projects at Viget. Technologies used: Swift & Kotlin for the iOS and Android apps. Firebase + cloud functions for lightweight database/server-side logic. 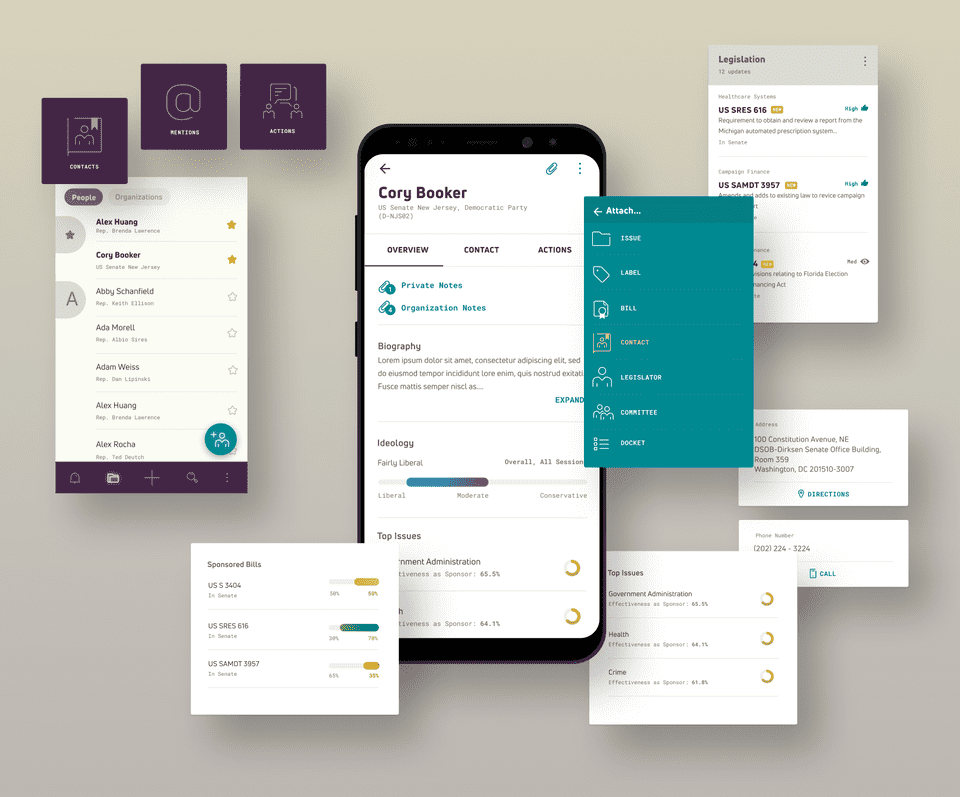 FiscalNote: Mobile app for predictive analytics of legislative data. This was a native Android application built with Kotlin and Apache Thrift for server-client communications. 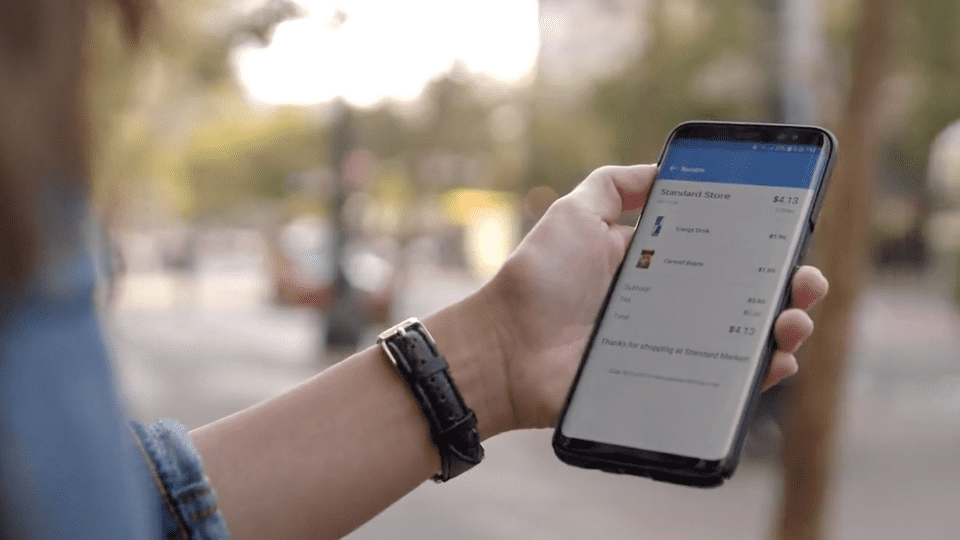 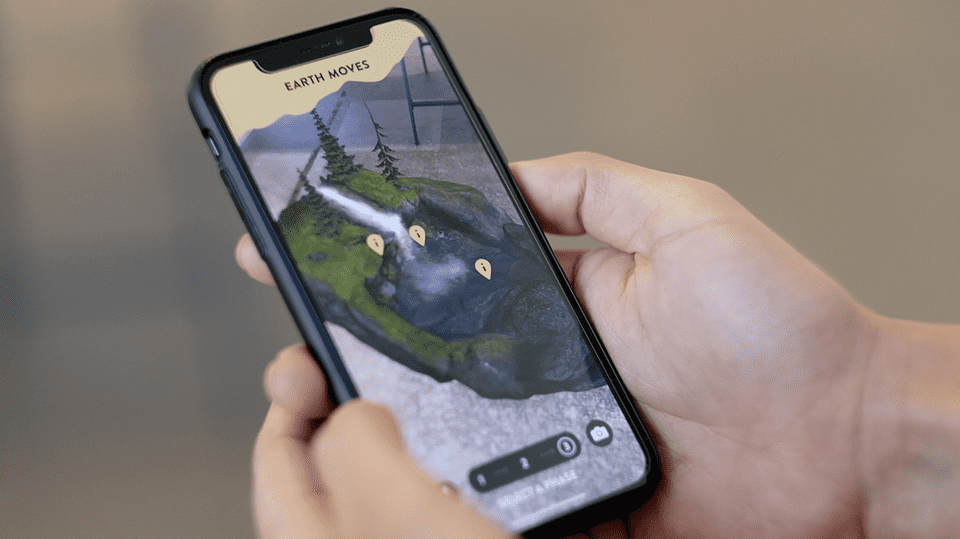 MIT AR/VR Hackathon: Some friends/coworkers and I also participated in an AR/VR Hackathon at the MIT Media Lab and ended up taking 3rd place in the Mobile AR category. That was such one fun weekend that I’ll never forget. 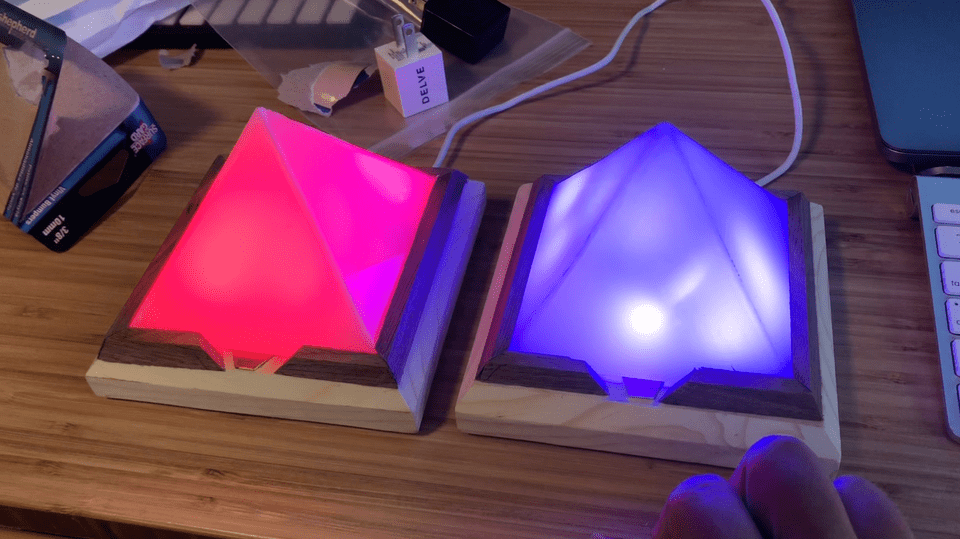 Internet Connected Lamps: My good friend Eli also schooled me on some woodworking and hardware skills and we built this really neat pair of Internet connected lamps. They both have a capacitor which you can touch to cycle through colors and propagate the chosen color to the paired lamp.

Things Aside From Code

I didn’t just write code there. I also got to write a bunch on technical topics I was interested in. Whenever we had downtime, we were encouraged to learn and try new things and blog about them. It was something I always looked forward to during lulls in client work. 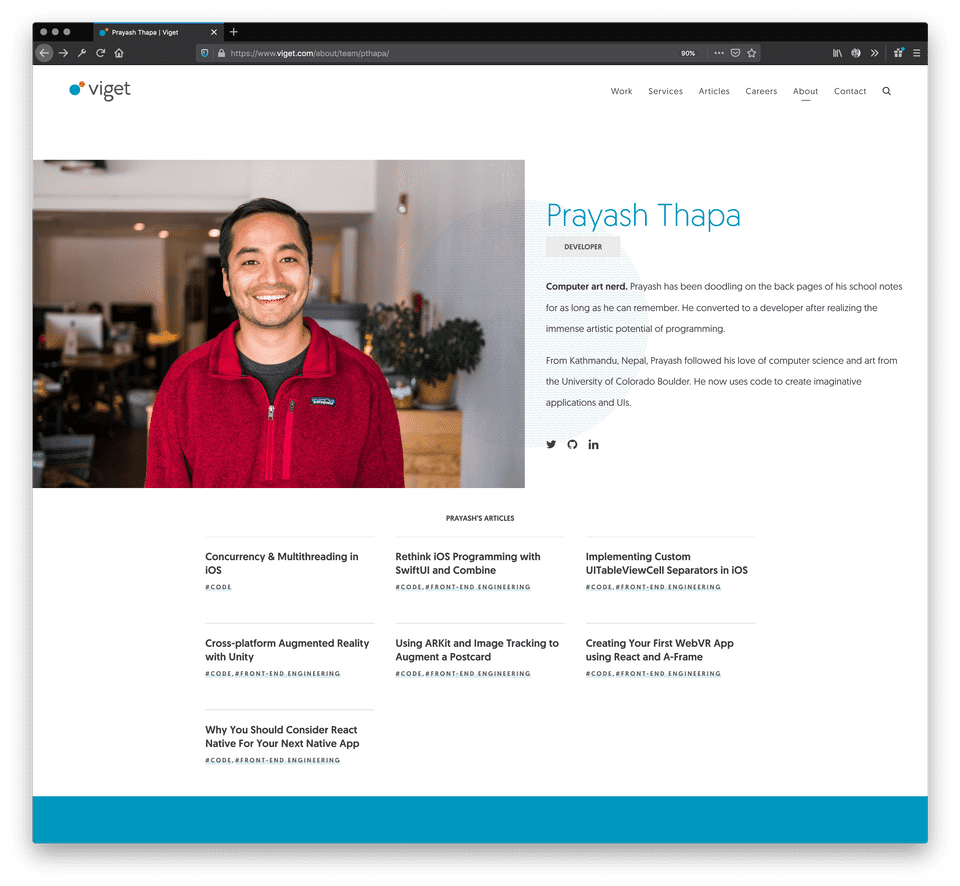 I got to speak at company-wide events, meetups, attend conferences, and collaborate with some awesome people across offices. One of my favorite memories is going to a AR/VR Hackathon at the MIT Media Lab. We also got to teach a hardware workshop at SXSW in 2018 which was a blast. I could go on.. but here are some more pictures. 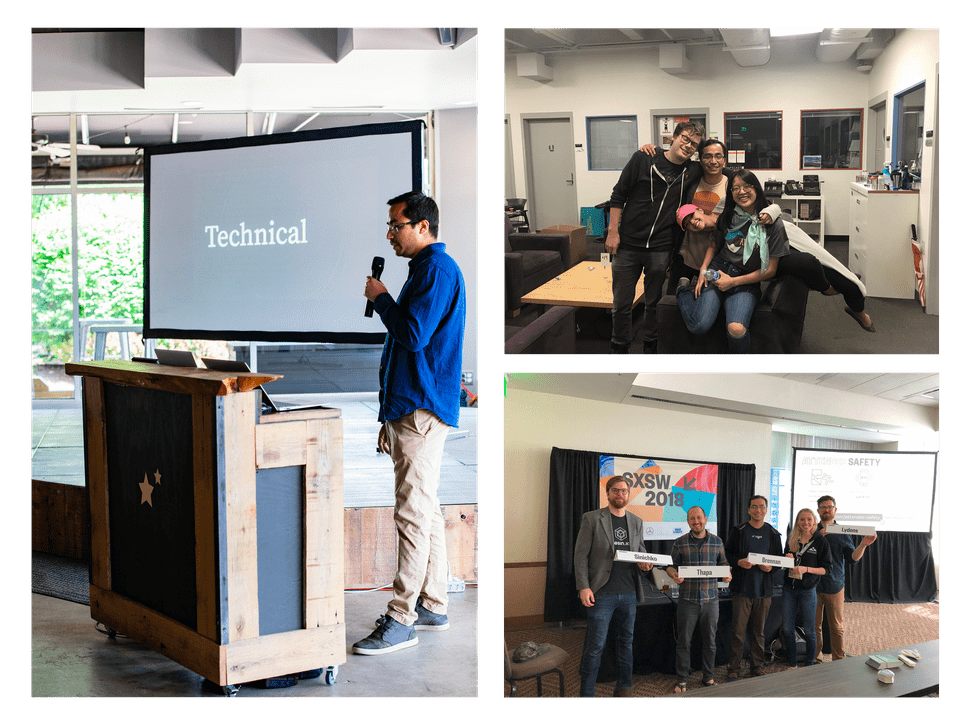 Offsite events at Viget were something everybody looked forward to twice a year. We usually spent time out east in the woods of Virginia, a beautiful part of the country. 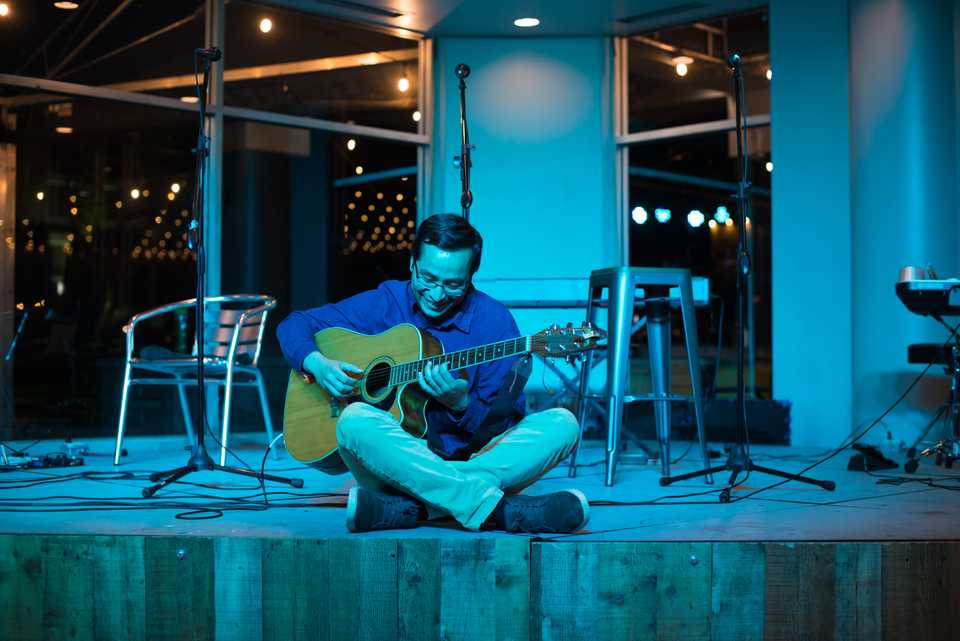 I had numerous opportunities to share some music with everyone, too. I’ve never felt so encouraged to share non-work things at work. This was insanely cool, and will stick with me as one of my favorite memories. Right after this, we played a couple Fleetwood Mac cover songs as a band and the entire room was singing along. Music brings out the best in everyone.

So.. why did I leave if everything was going so well? Well.. everyone hits an inflection point or two at least a few times in their careers. I noticed that my passion for writing JavaScript was waning (I’ll still have to do it to maintain this site, but that’s okay). This may have been a function of having worked with it for so long, but I also felt like I wasn’t solving new problems. It felt as if I was making the same app with a different UI and business logic, but most of the core problems were the same: take this data, render it this way, make this animation, enforce X behavior, prevent Y from happening, make it match the design etc. Side projects were fun where I was exploring emerging technologies but I never got the depth I desired. I also realized that I was more excited exploring other spaces, like AR / VR, systems programming, and native iOS apps. It was only natural for me to seek out other opportunities that were going to enable me to do that.

The point is: it’s hard to specialize at an agency that is taking on such a wide variety of work. It’s safe to say that Viget was the perfect place for me at that moment in time, and my cumulative experiences there have only equipped me well to pursue my next adventure.

Whether you’re an aspiring programmer who is tinkering on the side, taking the self-learning route, or you’re pursuing a formal education in computer science, take my advice to heart when I say that you should invest your time exploring what you’re passionate about. Index for a job which optimizes for learning and exploration. Figure out the thing that lights up your eyes—the thing that makes you go “I wish I built that”. Then set out to build that very thing, even if your version isn’t as good as you wanted it to be (none of mine were). At least you’ll have fun and learn along the way. If you know what you’re passionate about, it’s easier for the rest of the pieces to fall in place. To use a graph theory analogy: you should optimize for a breadth first search in the beginning, and after you’ve seen enough, you can hone in one specializing via a depth first search.

If you are a early-mid career dev, and are interested in pursuing the type of work that Viget does, please don’t hesitate to reach out to me. I will happily answer any questions you have about Viget, or the industry in general. Let’s grab a coffee or hit me up on Twitter!